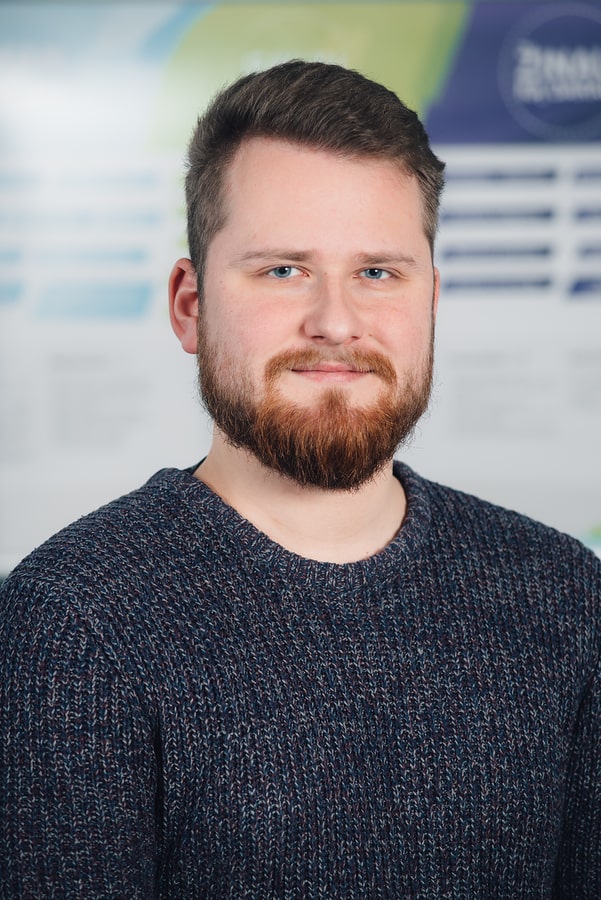 “Getting to know oneself takes time and effort. Thus, no one can be sure that all one’s hidden talents have been discovered.” – has said Dmitrij Kostojanskij, a Quality Auditor at Baltic Ground Services. His path proved that it is meaningful to explore several fields of interest before settling down for one occupation.

Dmitrij started his journey at Baltic Ground Services in 2018, right after graduating from university. "Back then, I had no clue what I want to do next. Some acquaintances were encouraging me to apply for a job here. I took an opportunity and became a Passenger Service Agent." - recalled Dmitrij.

As he claims, the adaptation process was smooth. Although he would have to learn a lot during his first weeks in the new company, the information was so fascinating that it would stick in the newcomer’s brain effortlessly. Eventually, Dmitrij completed all competence assessments and begun to train recently employed colleagues. However, an unexpected turn opened doors to the Compliance Department.

“I applied for a program called A Day with a Colleague, where I was allowed to spend a day in another department and get some insights into what they do. Lucky enough, it was the first day for the Head of Compliance Department as well. She suggested having a chat about my possible future as a Quality Auditor.”

Dmitrij considers the sudden switch between departments as his biggest challenge. “My current occupation requires me to put my heart aside and turn on the brain” – said the Quality Auditor. Besides, Dmitrij empathizes always expecting the unexpected and diving into the experience, even if it seems worthless at first sight.

“On my first day at the Compliance Department, I was told that I would have to travel abroad on secondment… in less than a week. I thought it was a joke since I have never met anyone who would be sent somewhere during their first week of work. However, after a few sleepless nights and tons of stress, everything went easily. This experience gave me so much confidence, even though at first, the situation was bizarre.”

Dmitrij refers to Baltic Ground Services as a company where everyone is given a chance to grow and flourish. So if one is not afraid of challenges, they should consider joining the team. Considering that, only experimenting helps for the new talents to unfold.